Year of the Black Water Snake: Business and Political Impact 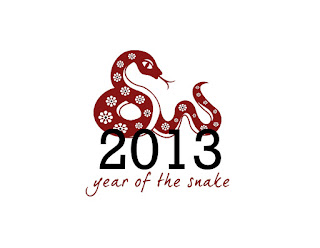 Sunday, February 10, 2013 marks the start of the Asian Lunar New Year  or Chinese New Year. It is the beginning of the year 4710 (in some traditions, 4711) in the Chinese system, which is the Year of the Water Snake.

This post is one of a series of four posts discussing the Asian Lunar New Year in general and the Year of the Snake in particular. In this blog, though,  we will look at some of the business impact of the event.

Please look at the other three posts as well. These are

1)  One Year, Many Traditions: Lunar New Year Customs Around the World:  at http://davidvictorvector.blogspot.com/2012/01/one-new-year-many-traditions-lunar-new.html

2)  Year  of the Snake on the specifics of fortune and beliefs about this year's animal sign at http://davidvictorvector.blogspot.com/2013/01/year-of-snake.html

3) List of 88 Year of the Snake Festivals from 21 countries outside East Asia at
http://davidvictorvector.blogspot.com/2013/01/lunar-new-year-celebrations-around.html

You may also be interested to compare this year's overview of the business impact to that of last year's Year of the Dragon. That post is at

For this post, we will limit the subject ot the business impact of the Year of the Snake.

The Asian New Year is arguably the most widely celebrated holidays on the planet, whatever the year. Because the celebration generally means that families gather together, the holiday is annually the single busiest travel day.

The Chinese government estimates that the number of trips taken by people traveling in the PRC alone during the season (in 2013 officially considered from January 26 to March 6) will surpass 3.4 billion (at more than three trips per person in China). Of these 3.1 billion of the trips will be by road, clogging the trafficways of the country and seriously affecting the supply chain for business as well as demand for fuel, hotel space, and restaurants.

This number has been steadily rising. Thus, in 2012, there were 3.2 billion trips during the Chinese New Year and in 2011, a mere 2.556 billion passenger trips took place.


This year, the rush has already begun. For example, on January 15 alone -- the first day that tickets were open for sale for the Chinese New Year -- China Rail service sold over 300,000 tickets. All seats on routes to China's major cities sold out in approximately 20 seconds.  The PRC government estimates that on two of these days alone -- February 6 and 7 -- 980,000  people will use the train service in China.

Precious Metal Sales and the Year of the Snake

The government of Singapore, for instance, has issued its largest silver coin ever to commemorate the Year of the Snake. The coin is seven millimeters in diameter and weighs 1 kilogram.

The government of Fiji has also issued a Year of the Snake commemorative coin enhanced by gemstone, it this case a silver coin highlighted with opals.

In addition to those of Singapore, Australia and Fiji, special Year of the Snake gold coins have been issued (as in years past) by the Royal Canadian Mint, the People's Bank of China, the New Zealand Mint, the French Monnaie de Paris, the Mint of Finland, the Mint of Laos, the Mint of Kazakhstan, the Macau Mint, the Mint of the British Virgin Islands and the Mints of the tiny Pacific nations of Niue, of Tuvalu, and of the Cook Islands.

Finally, in a somewhat inexplicable issue, the government of North Korea has issued a unique commemorative Year of the Snake coin with a holograph in its center of the Jewish mythological (non-Biblical) demon woman Lilith.

Issuing Lunar New Year commemorative postage stamps has become an annual tradition in many countries, and an entire philatelic tradition of collecting these special issues has a wide following both in and outside of Asia.


The United States is a relative newcomer to the Lunar New Year stamps, with the Year of the Snake stamp for 2013 the sixth it has issued (exactly halfway through the animal cycle). This year's Year of the Snake US stamp is a "Forever" stamp (to accommodate postal rate increases). It features a bundle of red fireworks, paper-cut designs and Chinese calligraphy.

Canada Post traditional issues a pair of stamps for each lunar new year. This year's features a domestic stamp with a red snake on waves and an international snake of a gold and jade snake. Both are shown over waves, symbolizing this year's water snake cycle.

The People's Republic of China's Year of the Snake stamp was designed by Wu Guanying, a professor of Art Design at Tsinghua University. The stamp received considerable praise for its design, featuring a stylized red snake with a Chinese floral pattern.


Finally, in its fourth year of doing so, the United Nations has issued its own Lunar New Year stamp. The UN's Year of the Snake stamp features a coiled snake with the UN emblem and comes in sheets of 10 US$1.10-valued stamps.

Because the Snake is associated with aesthetic discernment and a drive to acquire luxury goods and the better things in life, several designers have tried to capitalize on the Year of the Snake.

The Italian luxury goods company Bulgari has issued a series of snake-themed jewelry items which it began marketing heavily in East Asia beginning in January. Bulgari's Year of the Snake items range from necklaces to watches.

The Swiss luxury watchmaker Vacheron Constantin released a Year of the Snake watch in its Métiers d’Art Collection. The watches come in either platinum or rose gold, The large raised snake (made out of platinum or yellow gold respectively) sits in the center of the watch and replaces the clock hands. In the place of hands, the special edition watch has four windows with numbers, one for minutes,  hours, date and day.  The Italian watchmaker Panerai Luminor Sealand also has released a Year of the Snake watch, though with a limited edition of just 100 units. The watch features a flip-cover lid with an elaborate snake decoration. As mentioned above, Bulgari also has a Year of the Snake watch. The Bulgari watch's band takes the form of a snake that wraps three times around the wrist, with the band and watch itself made of pink gold highlighted with diamonds and black sapphires.

Other Year of the Snake jewelry special releases from top luxury jewelry lines include bracelets from Iradj Moini, Glam for Good,  Sandra Dini, Judith Jack and Sorellina; necklaces from Lanvin, Judith Jack, Thalia, Ileana Makri, Luis Morais; earrings from Sidney Garber, Ilean Makri, Socheec and Hari Jewels; and rings from Daniela Swaebe, Roberto Coin, Repossi, Loree Rodkin, Socheec and Delfina Delttrez. All of these are high-priced pieces ranging in cost from just over US$1000 to approximately US$50,000.


The Italian automaker Ferrari has issued a Year of the Snake commemorative 599 GTB sports car. The paint of the special release is made of cracked porcelain that is meant to look like a snake's skin.


In a similar vein, for US$13,000 the Latvian-based car customization company Dartz Motorz provides a Year of the Snake Bentley GT covered in snakeskin. The cars come in two varieties: one with actual snake skin and one (for the animal rights activist luxury car market perhaps) in simulated snake skin made from vinyl. The snakeskin is used over the entire exterior of the car and also for the dashboard and other accents inside the vehicle.

Several sportswear makers have released Year of the Snake shoes and outfits. Converse, Adidas, Vans Old Skool, New Balance, Reebok and Nike have all issued Year of the Snake shoes. For Nike,  2013's Year of the Snake collection is especially significant. The Nike special edition this year represents the 12th such Lunar New Year release for Nike, concluding the 12-animal cycle.
In another range of products, the New York-based MAC Cosmetics has released a special Year of the Snake cosmetics line. The cosmetics ranging from lipstick to face powders to eye shadows themselves are shimmery or glossy  to be reminiscent of snakeskin. All of them come in cases embossed in snake designs. They will be released on January 31 in a limited edition.

Similarly, the US cosmetics company Estee Lauder is releasing a faux snakeskin cosmetics case for the Year of the Snake.

These represent just some of the Year of the Snake products that will come out in honor of the Lunar New Year. If you have others, please do add them in the comments to this blog.

Gung Hay Fat Choy! (May prosperity be with you!)

"2013 Year of the Snake Silver Coins Around the World," Squidoo: http://www.squidoo.com/2013-year-of-the-snake-silver-coins-of-the-world

"Luxury gets enamored with Year of the Snake," Red Luxury.com: http://red-luxury.com/2013/01/22/luxury-gets-enamored-with-the-year-of-the-snake/

Year of the Snake Ferrari: http://red-luxury.com/2013/01/22/luxury-gets-enamored-with-the-year-of-the-snake/