What IS Art Deco? A Little Background


As part of what now appears to be an ongoing set of posts on Art Deco, I wanted to share a bit about what Art Deco actually is.

The Source of the Term Art Deco

As mentioned in an earlier post, Art Deco took its name from a 1925 article by the French architect La Corbusier for the Exposition Internationale des Arts Déccoratifs et Industriels Modernes in Paris in that same year.

Art Deco itself predates La Corbusier's naming of it, with origins as far back as the 1900 Exposition Universelle in Paris, with buildings that are in the Art Deco style in the first quarter of the 20th Century. These include Erich Mendolsohn's Einsteinturn (1921) in Potsdam and Mossehaus in Berlin (1923), Hijman Louis de Jong Tuschinski Theater (1921) in Amsterdam, Raymond Hood's American Radiator Building (1924) in New York, Claud Beelman's Culver Hotel (1924) in Culver City, California and Charles S. Watts' Masonic Temple (1924) in El Dorado, Arkansas.


The Problem With Terminology

Defining Art Deco is not an easy thing to do. Largely contributing to this is the fact that the proponents of Art Deco mostly did not use the name themselves. In fact, it really was not until the 1960's -- long after the era had ended -- that movement was uniformly known by the name Art Deco. 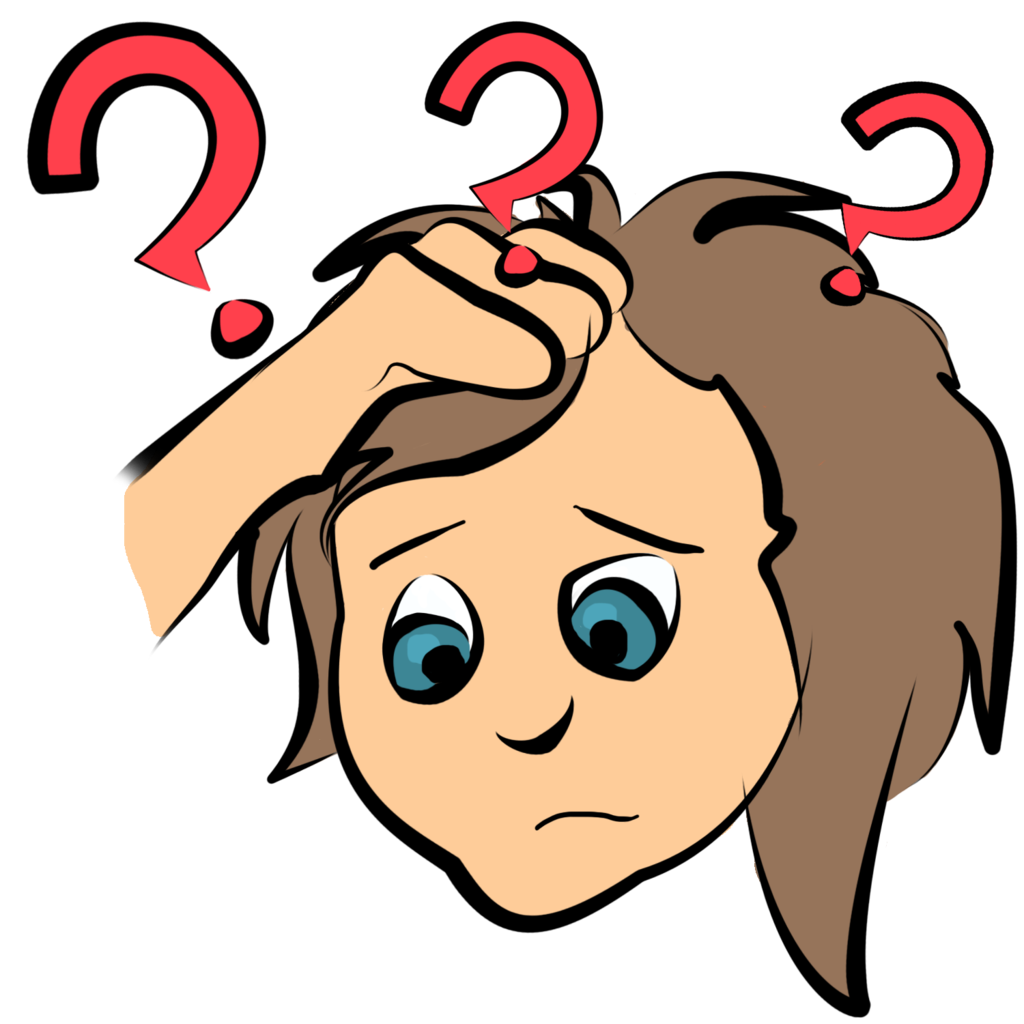 Instead, the proponents of Art Deco called themselves by a confusing mix of names. These can be seen as sub-movements or developments of Art Deco now... but in their day, these distinctions were often unrecognized by those who practiced them.

So what were these various names?


A Movement With Many Names

Some considered themselves an advanced form of the early Art Nouveau movement, a point that still confuses enthusiasts today. Others saw themselves as part of the Jugenstil Movement (which in French is usually translated as "Art Nouveau" but for many German and Dutch architects represented what was becoming Art Deco. Some considered themselves Functionalists (those following Louis Sullivan's precept that "form follows function"). Others such as Bruno Paul called themselves Werkbund architects (for a working union of several German and Belgian architects).

Some architects called themselves Zigzag Moderne (due to the zigzags and other geometric shapes in their work).   Other architects, influenced by the new archaeological discoveries that they attempted to Egyptian Revival, Mayan Revival or Aztec Revival architects, depending on which of the influences on which they drew.  Still others attempted to draw on the heritage of the indigenous cultures of the countries in which they worked. This is the case, for example, with Henri Maclaine-Pont in Indonesia with his Tropical Dutch style or  Gilson Gladstone Navarro with the Marajoara Revival in Brazil.

Nevertheless, these same architects are usually not considered "modernists" today but are still generally seen as part of the Art Deco movement by current estimation. Some argument exists on this but on the whole, the reason for this is that Modernism would eventually become its own movement (itself ill-defined). Modernism is evident in the work of Frank Lloyd Wright, Ludwig Mies van der Rohe or Oscar Niemeyer, none of whom could be considered Art Deco (Streamline Moderne or not). Unlike Art Deco, modernist architects emphasized common principles: form follows function and that materials should come from the sites of the structures (that is, architecture as an organic expression).

Thus the issue of WHO actually was confused by the architects own self-definition. Those Art Deco architects who called themselves modernist in their own self-definition mostly were not practitioners of what would be seen as modernist today.  Contributing further to this terminological confusion is that many of the greatest contributors to Art Deco would actually evolve into what we do call "modernism" today.
For example, Germany's Erich Mendelsohn is generally considered the father of Streamline Moderrne with his creation of the Einstein Tower in Potsdam (1921) and the Mossehaus in Berlin (1923). Yet many modernists considered his later work -- especially Tel Aviv's Weizmann Villa built in 1937 to be among the first  modernist building (if not actually the first modernist building). In short, Mendelsohn -- who called himself a member of neither -- was both a major innovator and even creator of both the Art Deco and Modernist movements.

Similarly, Brazil's premier Art Deco architect Rino Levi would later be a major contributor to the modernist movement later in his career. The same was true for his fellow countryman Raphael Galvão. The German-born Jewish architect Bruno Taut is considered a true transition architect with elements of Art Deco's use of color and geometric shape margin into modernism's emphasis on openness and what Taut called "crystal building." Taut is particularly significant to the internationalization of both movements, though, because as a Jew he was forced to flee Germany and brought his architectural vision with him to Japan and then with great influence to Turkey. There are many other transitional figures as well... these are just a few examples.

So this begs the question, how should we define Art Deco architecture? I will try to give my own definition below.

Art Deco was a comprehensive form, governing style not just in architecture (my interest here) but also in furnishings, glasswork (notably lighting and stained glass windows), silverware and dishes, clothing, painting, graphic design and industrial design for cars, passenger ships, domestic machines and so forth.

In this post, I am only referring to Art Deco in architecture.

That said, despite a common name, the architecture shared a host of common features.

Modern (for then) construction material and contrasting colors: Art Deco architecture introduced many materials rarely used in earlier buildings. These include stainless steel, aluminum and chrome for metal features and the use of plastic for decoration. One of the most notable examples of this is Syracuse, New York's Art Deco masterful Niagara-Mohawk Building.


Stepped or Elongated Pyramid Building Forms:
Art Deco building -- especially skyscrapers and towers -- favored stepped forms or elongated pyramid-like patterns.  These steps or pyramid sides, in turn, were intended to enhance the linear geometry of the buildings and to move one's eye upward along the face of the building. Prime examples of the stepped form is evident in such notable Art Deco buildings as New York's Empire State and Chrysler Buildings, in Detroit's Fisher Building, in Buenos Aires' Kavanaugh Building, and in Pittsburgh's Cathedral of Learning tower.

The stepped forms merge into a near pyramid in Tulsa's Boston Avenue Methodist Church.

Full step pyramids are apparent in other buildings, such as the Boulder County Courthouse in Colorado (seemingly modeled on the Djoser Pyramid in Egypt)

Contrasting Colors: Art Deco often used the "new" materials of shiny metals and plastics as a bold cold contrast to the stone exteriors. Large use of stained glass (in sunburst or geometric patterns) and inlay work are also common for contrast. Finally, bright pastel paint and plastic is often used for marked contrasting features. This contrast of colors is seen in Albert Anis' Berkely Shores Hotel in Miami Beach.

Bas-relief panels: Bas-relief (or shallow-depth sculpture) is a common feature on paneling and other decorative items in much Art Deco. This is particularly apparent at doorways both up the sides and over the top of the main entrance.  Art Deco architects also frequently employed bas-relief panels beside windows and in decorative horizontal bands along the walls.


Inlay Work: Many Art Deco buildings use inlay work, decorative tiling and mosaics just as their Art
Deco furniture counterparts do. Art Deco buildings often have such inlays on floors, ceilings, elevator doors and details on the external building facades.

Mural Work: Murals are a common component of the interior of many Art Deco buildings. The themes typically depict he machine age and advances in technology or the progress in history of the specific city or other location where they are located. Sometimes, the murals combine both themes, as with Winold Reiss' famous mosaic murals at Cincinnati's Union Terminal.


By the way, I have an entire post devoted to Union Terminal (it was my first post on this blog regarding Art Deco). Please do take a look at this too at http://davidvictorvector.blogspot.com/2013/01/cincinnatis-union-terminal-art-deco.html
This is my all-time favorite Art Deco building.

That said, there are many Art Deco buildings with murals. Another outstanding example can be found with Napier Waller's work on the external walls of  Melbourne's Newspaper House.

There are certainly other features that might be added but this is at least my take on the main features... and I am, after all, just an amateur admirer of the Art Deco movement.

In closing, I just want to add that these are the comments of an amateur enthusiast. I do not intend this to be an authoritative exposition.  Instead, my hope is that you will join in my enthusiasm for Art Deco architecture. I hope too, perhaps, that I may have encourage you to want to look more on your own.

As always, I welcome your comments.

Pythian Temple, New York, photo by Beyond My Ken: https://en.wikipedia.org/wiki/Pythian_Temple_(New_York_City)#mediaviewer/File:The_Pythian_column_capitals.jpg