For 2017, beginning Tuesday September 26 and concluding on Saturday September 30 is the Hindu festival of Durga Puja (or Maayer Pujo). 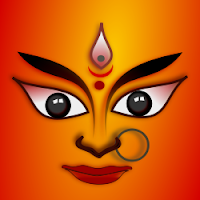 Durga in Hindu theology is usually seen as the Mother of the Universe, although she is described as ultimately unknowable (“Durga” in Sanskrit can be translated as "She who is incomprehensible or unreachable.").

The Society for the Confluence of Festivals in explains the nature of the Goddess Durga as a form of the Mother Goddess Sakti “worshiped for her gracious as well as terrifying aspect. Mother of the Universe, she represents the infinite power of the universe and is a symbol of a female dynamism. The manifestation of Goddess Durga is said to emerge from Her formless essence and the two are inseparable.”  http://www.durga-puja.org/about-goddess-durga.html

While Durga is an important as a diety for Hindus throughout the world, the holiday of Durga Puja is of particular importance in the Indian states of West Bengal and Tripura as well as among Hindus in (which is bordered on two sides by these Indian states). In this region, Durga Puja represents the largest religious gathering of the year, and especially in Kolkata (), where worshippers and tourists converge for the holiday. For example, this year The Indian Express indicates that over 3 million people are expected to come to Kolkata for the holiday.

Although and Tripura are the major centers of Durga Puja, the worship of the goddess is not limited to those two states alone. Although the worship of the goddess on Durga Puja has been practiced in some form for centuries, its popularity as a festive holiday has grown extensively in recent decades and spread beyond and Tripura.  The holiday is, for example, widely celebrated among the Hindu population of , where it is by far the largest Hindu festival in that nation.

As with all previous postings on religion over the last few years, these overviews represent my (often limited) understanding and interpretation. I welcome your comments in correcting any errors or adding additional information.

For coverage of this year’s events , you may want to look at the dedicated site for the major festivals at http://www.durga-puja.org/

For an editorial on the meaning of Durga Puja and the impact of the September 2009 terrorist bombings, see the Times of http://timesofindia.indiatimes.com/Opinion/Columnists/This_Puja_pray_to_fight_evil/articleshow/3561135.cms


The photo of the Goddess Durga is from http://riappyayan.blogspot.com/2010/10/significance-of-saptami-durga-puja-and.html

Durga Puja celebrations is from Hinduism.com at http://hinduism.about.com/od/durgapuja/ig/Durga-Puja-Gallery/durgapuja9.htm
Posted by David A. Victor, Ph.D. at 4:41 PM