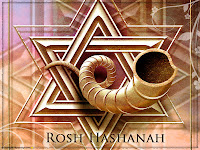 While definitions vary as to levels of practice from person to person, work is prohibited during the holiday. For Orthodox and most Conservative Jews, this is defined generally as no manner of work whatsoever (including school, telephone use, email, Internet surfing, etc.) during Rosh HaShanah.  Because some Jews observe only one day, it is easy to make the mistake that the second day is not as important to those Jews observing both days.  But for Conservative and Orthodox Jews, the two days are equally important and indeed can be understood as a single very long day.

The Jewish New Year and Its Significance


Rosh HaShanah is the Jewish New Year; the Hebrew means “Head of the Year.” This year is 5778 in the Jewish reckoning.

Unlike the secular New Year, Rosh HaShanah is a very solemn day as it is the day Jews ask God for forgiveness for sins of the past year.  Perhaps the only similarity to the secular New Year is that many Jews make resolutions to lead a better life in the coming year.  Most of the day is spent in the synagogue or temple.

Together with Yom Kippur (the Day of Atonement) which occurs 10 days later (beginning this year on September 29 at sunset), Rosh HaShanah forms part of what are called the High Holy Days. The days between Rosh HaShanah and Yom Kippur are known as the Yamim Noraim (or “Days of Awe”) which act as days of repentance.

Generally speaking, the High Holy Days are the most important days of observance in Judaism. Among observant Jews, traditionally, the weekly observance of the Sabbath on Saturdays is the most important Jewish holiday. In practice, though, for many Jews who do might not regularly attend weekly Sabbath services, the High Holy Days often take place of prominence.  (Please note that I am in no way attempting to take a stance on what is or is not proper observance for any religion in these updates, but rather simply trying to make the general community aware of the various religious practices as they affect activities for employees, students or others).

Interestingly, Rosh HaShanah does not occur at the beginning of the Jewish calendar; rather, it occurs on the first two days of Tishrei, the seventh month (not the first).  This seeming inconsistency rests in the Jewish concept of four different yearly cycles described in the Jewish Talmud. Rosh HaShanah represents the new year for relationships among people (including legal contracts) as well as for animals. The day marks the anniversary of the sixth day in the Creation story in which God created Adam and Eve, the first people. There is considerable variance among Jews as to whether this anniversary of the creation of humankind is viewed as the literal date or simply a symbolic anniversary.

In the Jewish Torah (first five books of the Bible), the name “Rosh HaShanah” never appears for the holiday. Instead, the Torah refers to the holiday as either the Zicaron Terua or “remembrance of the blowing of the horn” (as in Leviticus 23:24) or as the Yom Terua or “day of the blowing of the horn” (Numbers 29.1). Even in the Jewish liturgy of prayers used for the day, Rosh HaShanah is generally referred to either as the Yom HaZikaron (the “Day of Remembrance”) or the Yom HaDin (“Day of Judgment”).

The Shofar
﻿
The horn referred to above is called a shofar. The blowing of the shofar is a central part of the religious observance of the holiday of Rosh HaShonah (and concludes the service on Yom Kippur).

Traditionally among Jews of Eastern  and Central European origin, the shofar is made from a ram’s horn. This is also the majority choice among the Jews of the United States, Canada and Australia.

Among those Jews using a ram's horn, one of the associations of the ram's horn is with the Biblical story of the ram that appeared to Abraham at the binding of Isaac in the Book of Genesis:


That said, other animal horns such as those of antelopes are allowable. In fact, among Yemeni Jews, the shofar is customarily made from the long, curlicued horn of the kudu antelope.  This was also the practice among the Jews of Iraq for centuries until their expulsion in 1951.

Among Italian Jews, the preferred shofar is made from a goat's horn. This was also the custom among the Jews of Spain before the Alhambra Edict which expelled them from the country in 1492 (it was only formally rescinded in 1968). In the years following the expulsion, thousands of Spanish Jews took this custom with them to the Low Countries and the New World where they had fled. As a result, today the goat's horn shofar is common in the Netherlands and present among some communities in South America.

Many Moroccan Jews today blow a shofar made of an oryx horn (where it has long been the traditional horn used) However, some Jewish communities use an oryx horn as a way of remembering of the suffering of the crypto-Jews of Iberia. Among the roughly 200,000 conversos (those who had converted before the expulsion eliminated that option in Spain or had been forcibly converted in Portugal in 1497) who remained in Iberia, several thousand continued to practice as secret Jews. The appropriate term for these people is crypto-Jews or secret Jews (and not as marranos meaning "pigs" in the Spanish of the time and marrãos which still means "pigs" in modern Portuguese ). Among crypto-Jews,  the preferred shofar was made of the long and totally straight straight horn of the oryx. This shape allowed them to carry the shofar surreptitiously held by their belt and down their trouser leg.

Taschlikh
﻿
﻿On the first afternoon of Rosh HaShanah, Jews traditionally participate in the Taschlikh ceremony. The name comes from the Hebrew word meaning "to cast."

In this ceremony, Jews carry bread crumbs to a stream, river or other naturally flowing source of water. There they say prayers asking to “cast their sins into the waters” with the bread crumbs symbolically representing the sins.

Rosh HaShanah Foods
Rosh HaShanah, as with many holidays, is usually marked by eating traditional foods.

One of the foods most associated with Rosh HaShanah is the use of round challah.

The traditional Jewish bread used on holidays is called challah. Challah used each week on the Jewish Sabbath is normally baked in long, braided loaves. On Rosh HaShanah, though, the challah is made in totally round loaves. The circle of the loaves represents the continuation of life (which is part of the central prayers of the holiday).

Another notable food tradition for Rosh HaShanah is the eating of apples dipped in honey. This represents a wish for a sweet and abundant year to come with the honey standing for sweetness and the apples for abundance.

For many Jews (especially among Orthodox and Conservative Jews), on the second day of Rosh HaShanah people eat a fruit that is new to the season. This allows Jews to say a prayer of thanksgiving (called the shehechiyanu) for being allowed to reach a new season. A common choice for this fruit is a pomegranate since (in folk tradition) that fruit has 613 seeds, one for each of the commandments in the Torah.
﻿
Finally, in some Jewish traditions, it is customary to eat fish on Rosh HaShanah. In this custom, the fish plays two symbolic roles. First, since the fish’s eyes are always open, it symbolizes total awareness. Second, because fish are plentiful, the meal represents the wish for a fruitful and plenteous year to come.

Because of the dipping of apples in honey, honey or apples (or both) is often used to prepare the fish. For example, one recipe for sea bass with honey and apples can found at:

﻿﻿﻿
Finally, desserts and other sweets are an important part of the festive meal, symbolizing a wish for a sweet year to come.  These too tend to emphasize the traditional pomegranates, apples and especially honey.

The simplest traditional greeting for Rosh HaShanah is L’Shanah Tovah (May you have a good year). The response back is the same.

Many other greetings are also used among Jews during the holiday and the Days of Awe between it and Yom Kippur. One common such greeting is  L’Shanah tovah tikateiv veteichateim. This means "May you be inscribed and sealed for a good year." This refers to the belief that one asks to be inscribed in the Book of Life on Rosh HaShanah and that this be sealed in the Book of Life on Yom Kippur. Using this greeting may be said in English, and its use would show a significant understanding of the holiday.

As always in these write-ups, I welcome your feedback. This is meant only to be informational and not to indicate that one or another practice is or is not acceptable.  Please feel free to send me corrections or things you would like me to include next time (and feel equally free to let me know if you find these worthwhile).

I wish you all a L’Shanah Tovah! 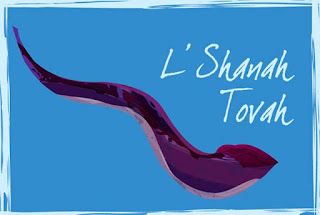