Sunday, February 10 marks the most auspicious day for the bathing rite in India of Maha Kumbh Mela or Grand Kumbh Mela at Prayag.

Although the beginning of the pilgrimage began in 2013 on January 14 and ends on March 10, the highpoint of the event with the Maha Kumbh Mela occurs on Sunday, February 10. This is a special Kumbh Mela that comes just once every 144 years, and represents the transition to a new era. 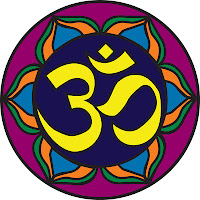 The Kumbh Mela Pilgrimage
In all Kumbh Mela pilgrimages, Hindu pilgrims take a ritual bath in the river, which earns merit and/or washes away sin for the worshiper.  Many different traditions involve prayers, group singing, religious discussions and feeding the thousands of monks and Naga sadhu holy people who gather there.

There are four sacred Kumbh Mela pilgrimages.  They occur four times over a twelve-year cycle.  Each takes place at a holy river site where Hindus believe that drops of “amrita” (divine nectar) fell at the four spots. These are Prayag, Nashik, Ujjain and Haridwar. All involve a ritual dip in the River Ganges to wash away bad karma.

As mentioned above, the Purna Kumbha Mela today happens only once every 144 years.

The last Kumbh Mela took place in 2010 in Haridwar (the city’s name means “Gateway to God” in Hindi). The New York Times estimated that 500,000 people took part in the ritual bath in the Ganges there, despite being marked by unusually cold weather there that year.

Every six years, Hindus celebrate Ardha Kumba Mela which is celebrated only at Prayag and Haridwar.  The last Ardha Kumba Mela took place at Prayag in 2007. The BBC conservatively estimated approximately 30 million people attended, making it the largest gathering of people in one spot in history.

Today’s event -- the Maha Kumbh Mela  --  occurs only after the cycle of 12 12-year Purna Kumbha Mela cycles, or once every 144 years. It is the most auspicious of the auspicious days to cleanse oneself at Sangam. The Sangam is the spot where the mythical Saraswati river joins the confluence of the physical rivers of the Ganges and Yamuna. It is considered fortunate even to live during an era in which one has the possibility of experiencing the ritual bathing at Purna Kumbha Mela.

Largest Gathering of People in History

The event is expected to break the record for the largest gathering of people in one spot in history. Time Magazine estimates upwards of 80 million people. The BBC estimates that the number of people to gather at the banks of the Ganges on the single day of Sunday, February 10, 2013 is expected to exceed 40 million.

Special Needs of the Gathering

Sanitation and Disease Control
The special needs for preparing for the pilgrimage are handled through India’s Mela Administration. Particular care is given to prevent the spread of disease. There have been no major outbreaks of disease since care to public health became a priority following an outbreak of cholera at the 1892 Kumbh Mela.

Drinking water is a continuous concern at all Kumbh Mela gatherings. It is in this area that the government has expressed some concern. The Mela authorities have arranged for 80 million liters of water per day during the event, although estimates are that this comes to just one tap for every 2000 people during the largest press of the gathering on February 10. Various sectors of the Mela site also have leaks in their pipelines and some areas of the makeshift campsites have no pipelines at all.

Efforts have been made to supplement the exist pipelines with other drinking water sources, although data on how many of these alternatives there are and in what form they take is not available. At the time of this writing, though, the cases of severe diarrhea and related drinking water illness was only 50 people a week, an amazingly low number considering the situation.

One major side effect of the Kumbh Mela gatherings has been preparing the four pilgrimage locations with improved electrical grids. For this year’s Maha Kumbh Mela, the Indian government has put up a temporary grid with 45 diesel generators and 53 electrical substations. As Time Magazine observes,

This is particularly awe-inspiring in a country where almost a third of households don’t have enough juice to power a lightbulb.
http://www.time.com/time/magazine/article/0,9171,2135710,00.html

Terrorist Precautions
Since the Mumbai attacks from Islamist terrorists in 2008, special terrorist task forces have also been set up throughout the Mela area. For the 2013 event, all people approaching the 20 kilometer Mela area will be screened for weapons before being allowed entry.

Plainclothes police and specially trained operatives have been placed throughout the crowds. Additionally, special bomb disposal squads have been trained for the event. Finally, medical staff have been equipped with 400 special “Blast and Bomb” kits for treating potential victims of terrorist explosion attacks.

Safety and public calm has been another priority since the last major disturbance at a Kumbh Mela almost 60 years ago following the Kumbh Mela stampede of February 3, 1954, the first Kumbh Mela following India’s independence. Estimates on the stampede vary greatly, ranging between 300 and 800 people trampled to death, with the Indian government’s estimates at 500 with 2000 injured.  The stampede was blamed on the absence of adequate crowd control forces coupled with the excitement from the visit of politicians.

As a result, politicians have been banned from giving speeches at the gatherings ever since. Moreover, well-trained crowd control officers have supervised the event ever since as well. In 2013, the Mela Committee has staffed the site with 14,000 police officers trained in maintaining crowd control.

The 2013 Stampede: Despite all this, sadly this year, a stamped broke out this year at the train station on Sunday, February 10, 2013. News sources are conflicting as I post this, with estimates ranging from 2 to 20 people trampled. This was the first instance of stampede since the 1954 tragedy.

For more on the 2013 stampede, please see (the highly varied) coverage from the

Hinduism has multiple traditions within it. Many of these traditions vary in their interpretation of the rites and significance of the Kumbh Mela. This post is meant only as a brief introductory overview. It is not intended to indicate any particular practice.

As always, I welcome your corrections (or praise) and any other input.

For more on this year’s festival, refer to the Indian government’s official website for this year’s Maha Kumbha Mela festival at http://kumbhmelaallahabad.gov.in/english/ebooks.html

For the news coverage of this year’s events, some articles of interest can be found at the

To read more about the kumbha mela festivals in general, look at

Bathing in the river:  http://www.bkz-online.de/sites/default/files/imagecache/dpaImage284/dpa_images/dpa_img_110244357_0.jpg